In the master bedroom I wanted to create the feeling of a more subtle and calming space than I’d ever had before. Although I now have 4 bedrooms as opposed to one, they are not overly large rooms.

In my old apartment the bedroom was big enough to be functional. I had enough space for one small double wardrobe. Even though I don’t have masses of clothes it wasn’t really enough as I had to keep winter coats in there along with everything else.

Here, in the new house, I toyed with the idea of a whole room just for wardrobes. A dressing room, read on to hear about my mistake.

The master bedroom isn’t really big enough to have more than one small wardrobe,  because of the way the window and door are, you lose wall space.

This is how the previous tenants had it set up.  You’ll see more of what I’ve done with the space in a future post.

My intention was to take the smallest room and use it as a dressing room. Wardrobes all around and a dressing table. I wasn’t 100% sure I wanted to use a whole room just for this but nothing is permanent, right?!

My error solved this problem anyway… in my haste to get something into the house for storage so I could at least put some things away (I didn’t bring any furniture with me) I went to Ikea,  with the floor plan from the house and sat down with a planner to order my pax wardrobes. I decided to utilise the corner in the room and ordered a corner wardrobe and one single one. This would fit nicely and leave room for a large chest of drawers or a dressing table. 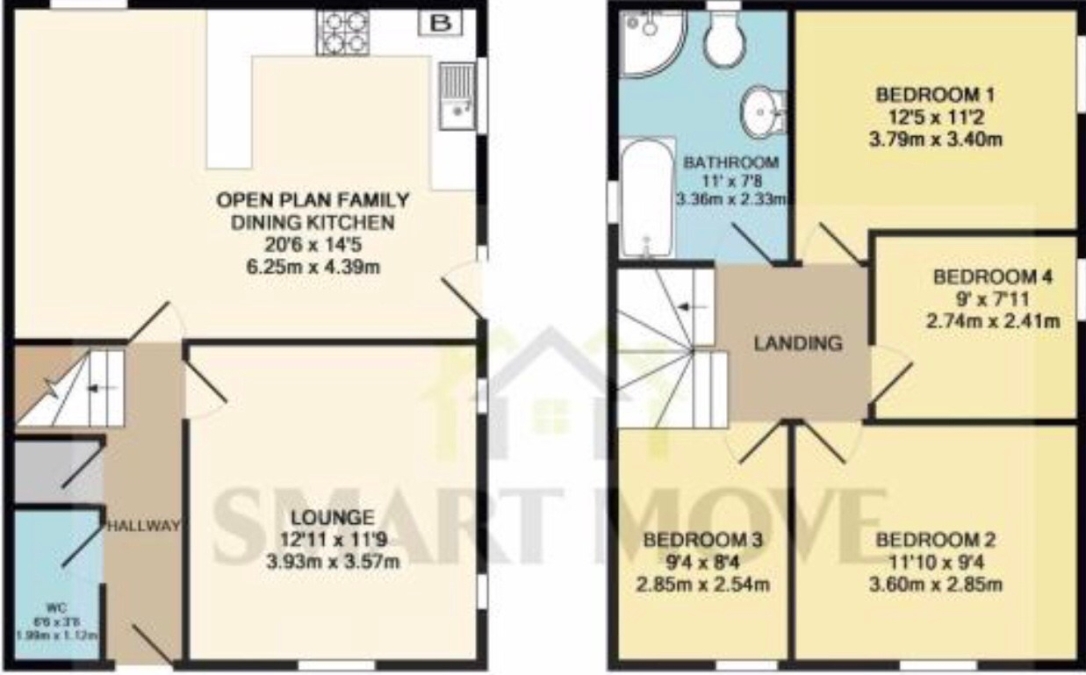 It didn’t occur to me to measure the room myself as I had all the measurements on the floor plan the estate agent had produced. Big mistake. When I did measure the room I realised that the wardrobe wouldn’t fit and it had already been delivered. I could of arranged a return but Ikea’s delivery and return charged are not cheap.

It became obvious that the agent had measured the room into the window. Instead of measuring to the wall they had added another few inches onto the room by going right up past the window sill.

Plan B … the only room the wardrobes would fit in was the second largest room which would be used as a guest room.  My plan was to have this as a minimal guest room with a beautiful armchair and a couple of special pieces of furniture.  Not gonna happen..

The wardrobes consequently ended up in the spare room.  The smaller room was now my work space.  This had been my intention for the third largest bedroom.  Confused yet?

Such a first world problem.

The corner wardrobe is a totally different design to how they used to be. If I’d spent a little more time making this decision. I wouldn’t buy one again. The corner unit is actually one double frame and an extra bit you attach to the side. The double robe has to sit 11cm away from the wall, leaving you dead space behind the unit. It has a cheap rubber strip on the front to close the gap between the double one and the extra add on piece.

Also, you cannot put handles on the doors as they close in together and the handles will clash together. You also have to open the double wardrobe door first as you can’t open the other one whilst this is still closed. My only solution was to use some vintage handles I had and fix them horizontally in the middle of each door. 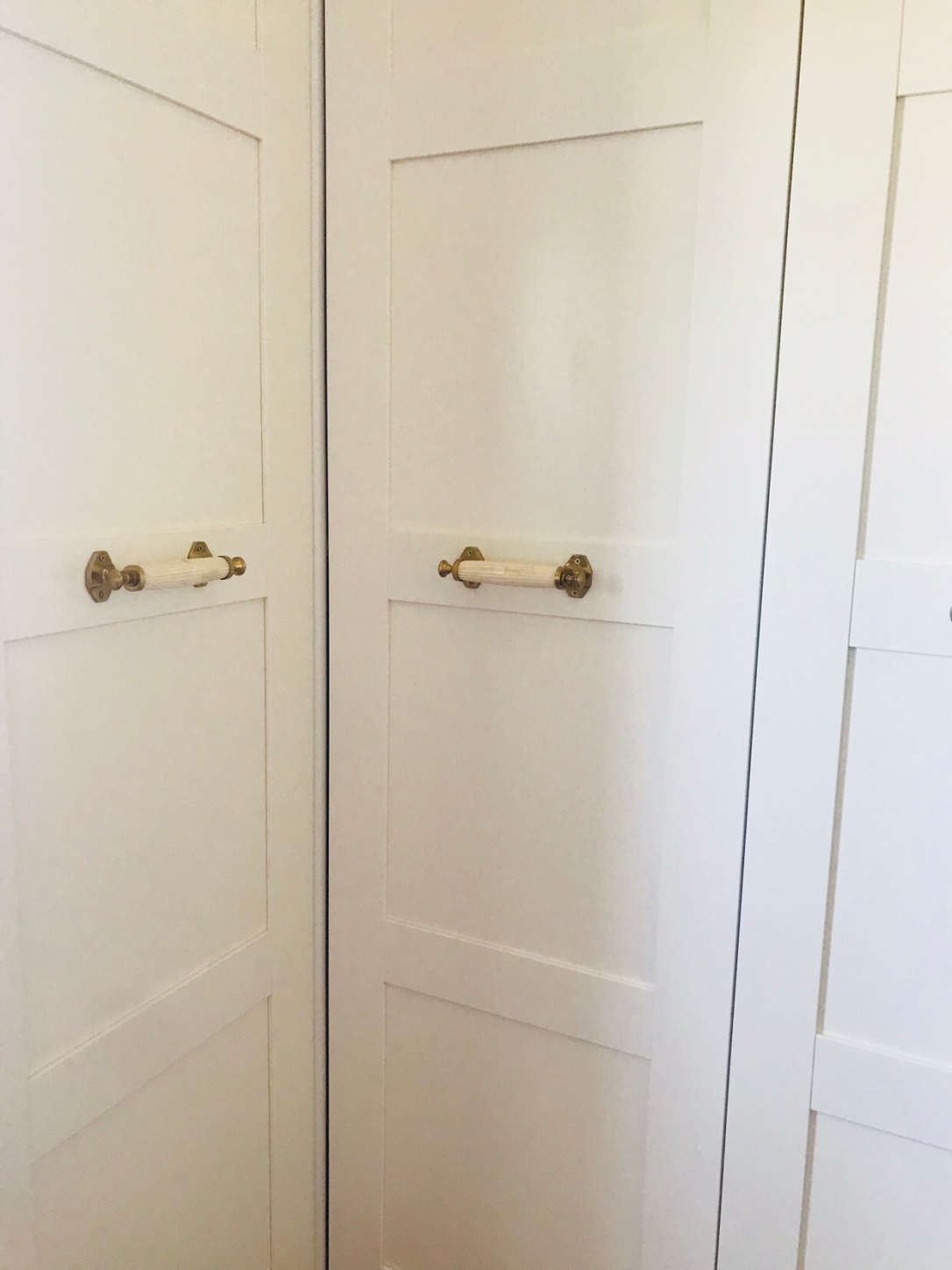 Ikea have also changed the manufacturers of the Bergsbo doors and they are a slightly different colour white to the Pax frame. Annoying but not too noticeable once you stop staring at it and get used to it. Still, would of been nice to know they didn’t match!

All in all they do the job. My things are away and tidy and there’s plenty of storage in them but I would not have ordered this set up in hindsight. You win some….

Would you sacrifice a bedroom for a dressing room?

View all posts by miacharlesdesign